The Progreso Latino Fund harnesses the philanthropic potential of the Latino community and its friends to create a powerful force for positive change in Greater New Haven.

Join us for our PLF Fall Forum Series!

COVID 19’s Impact on the Health, Education and Economic Status of Latinx in Greater New Haven
A Mini-Forum Series of The Progreso Latino Fund

The Progreso Latino Fund builds leadership within the Greater New Haven Latino Community and brings people together to have a positive impact on the most important issues facing Latinos today. The fund hosts educational and policy forums and regularly brings nationally recognized speakers and leaders to New Haven.

The Progreso Latino Fund (PLF) has been building capacity and knowledge since 2003 when Frances and John Padilla asked a few of their friends to be founding donors. They and others have built a permanent endowment — for grant making, policy forums, and leadership-building activities — of nearly $400,000 dollars. Money raised for the Fund has been used to sponsor educational forums and community events — a primary strategy and platform for bringing people together, engaging Latinos and non-Latinos about issues, and providing a vehicle for conversations about how the issues impact Latinos.

The Advisory Committee of the Progreso Latino Fund is looking for Latinos and others to join them to develop Latino leadership in Greater New Haven and to build an equitable community. Engaging more Latinos in local philanthropy and encouraging giving to PLF will accelerate Latino influence in the region’s civic life.

The Need and Opportunity 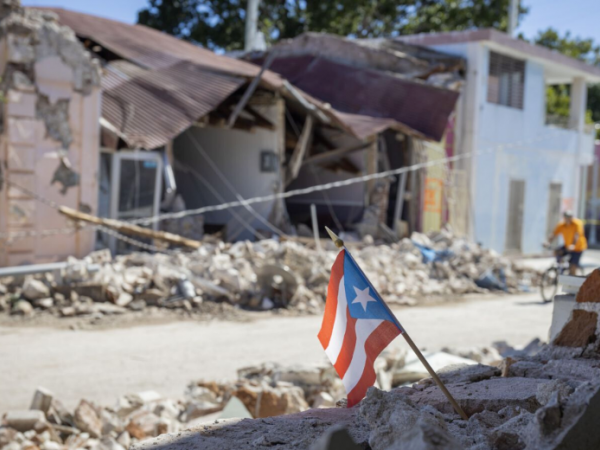 Together, we raised $30,000 to donate a solar pack to the community health clinic of Salud Integral en la Montaña

Champion of the Cause: A conversation with former U.S. Congressman Luis Vicente Gutiérrez ›

Former U.S. Congressman Luis Vicente Gutiérrez joined the Progreso Latino Fund on November 18, to discuss what's next for Latinos after the Trump Presidency. With nearly 59 million Latinos residing in the United States, we are increasing our power by increasing our unity and mobilizing for the 2020 Election. Over 100 guests filled the New Haven Lawn Club to join in on the conversation as the former Congressman shared his insight from his experience on the ground.

Thanks to all who joined us for a Latino Leaders Networking Event with special guest Ingrid M. Canady on September 16, 2019.

Special topic discussion: The intersectionality and the complexity of our “Beautiful Skin” and the journey in becoming Black Latinx in the U.S. with special guest Ingrid M. Canady, executive director of the State Education Resource Center (SERC).

In April 2019, the Progreso Latino Fund convened a group at Gateway Community College to explore the intersection of the LGBTQ and Latinx communities. Gateway’s Student Government President, Monica Maldonado, joined three other panelists, in sharing their personal journeys as Latinx and LGBTQ persons: Jeremy Cajigas (Lead School Organizer for the Citywide Youth Coalition), JuanCarlos Soto (a community organizer at Planned Parenthood of Southern New England and an artist) and the Reverend Edwin Perez Jr. (who leads a bi-lingual contemporary worship at United Church of Christ at United Church on the Green in New Haven). Jesus Morales Sanchez, an organizer with Unidad Latina en Accion and Connecticut Immigrant Rights Alliance, facilitated the event.

This PLF Forum held on November 15, 2018 featured Dr. Nelson Colón, President & CEO, Puerto Rico Community Foundation and Hon. Julia M. Nazario Fuentes, Mayor, Loíza, Puerto Rico who traveled to New Haven to have a conversation about Puerto Rico’s future in the aftermath of Hurricane Maria. The speakers shared how the nonprofit and philanthropic communities mobilized residents across the island and took lead roles in building sustainable energy projects, housing reconstruction, economic development, and a major fundraising campaign on the island to equip 100 hospitals with electricity-producing micro-grids. PLF issued the 2018 Narajito Matching Gift Challenge to purchase renewable solar engery for the health care clinic in Naranjito Puerto Rico; gifts made through December 31, 2018 will be matched by PLF up to $15,000.

Elizardi shared his life journey, in which he tackles the human story of growing up in two different worlds with one foot in a home culture that was different from the dominant narrative around him.

The event raised $8,000 for disaster relief efforts for Mexico and Puerto Rico.

View photos from the event by clicking on the image below.

Thank you for joining us on Sept. 15, 2015, to Celebrate Latino Leaders! Click on the image below to view the photo gallery from PLF's 2015 Forum at which Latino leadership was discussed in its many forms.

Convening for a Latino Century. On March 27, 2014, Maria Hinojosa, the producer of NPR's Latino USA and the PBS series "America By The Numbers" brought the audience to a standing ovation with her inspirational call for Latinos to "own their own American narrative." At stake, she said, was nothing less than preserving the American Dream. The event was covered by the New Haven Independent.

An Evening with Connecticut's Candidates for Governor: Tom Foley & Dan Malloy. A forum to discuss the economic issues facing Latinos and the general public, including the state budget deficit, job creation, education and health care.

Noche Bohemia: A Step Back In Time. A joyous event of Latin music, dancing and great food, in honor of Latino businessman and philanthropist John Soto.

Will the Stimulus Provide Economic Prosperity for All? A forum to discuss the implications of the unprecedented $787 billion Stimulus Package on the Latino community.

Latinos Left Behind? Closing the Educational Achievement Gap in Connecticut. A forum focused on the issue of Latino children being disproportionately left behind in the educational system.

The Legacy of 21. An event to raise awareness about baseball legend and humanitarian Roberto Clemente's contributions to civic life & the campaign to retire his number. It entailed a screening of the movie about Clemente followed by a discussion with Julio Pabon (CEO, Latino Sports Ventures, Inc. & National Coordinator of the Retire 21 Campaign), Byron Hunter (VP Media Productions, Latino Sports Ventures, Inc.) and Gil Martinez (President, Hispanic Professional Network).

Hispanic Connecticut: A Conversation with the Democratic Gubernatorial Candidates: Mayor John DeStefano, Jr. (New Haven) and Mayor Dannel Malloy (Stamford). A forum to identify the visions of the Democratic candidates for Governor for Connecticut and provide a platform to make Latino interests and concerns known.

Latinos in the Media. A panel discussion forum to provide a vision for building the Latino capacity to influence the news in all its aspects - editorial, business and reporting. It raised awareness about the issue of Latinos lagging behind in numbers at news and editorial desks across the media business spectrum.

Raising a Puerto Rican / Latino Child in These Trying Times. A panel discussion forum to provide a vision for how parents and the larger community can create a positive social and cultural environment for Latino youth.

The Latino Impact on Voting and Civic Life in Connecticut: New Perspectives on the Engagement of a Growing and Changing Community. A panel discussion forum on what works to make a difference in electoral politics, what motivates people to become involved, and what it will take for Connecticut's Latino community to have impact in 2006.

Reflections on the Character and Impact of Latino Leadership Inaugural forum for Progreso Latino Fund. A panel discussion forum moderated by Diane Alverio with a panel comprising Judge Carmen Lopez, Edna Negron Rosario (Southern New England Regional Director for the Commonwealth of Puerto Rico's Federal Affairs Administrative Office), Juan Figueroa (the former President of the Universal Health Care Foundation of Connecticut), and John Soto (President and CEO, Spacecraft Manufacturing). The discussion was designed to explore the personal definition of leadership, the challenges before the current leadership as to the future of the Latino community and the opportunities to develop young Latinos to be the leaders of tomorrow.

How can we help?